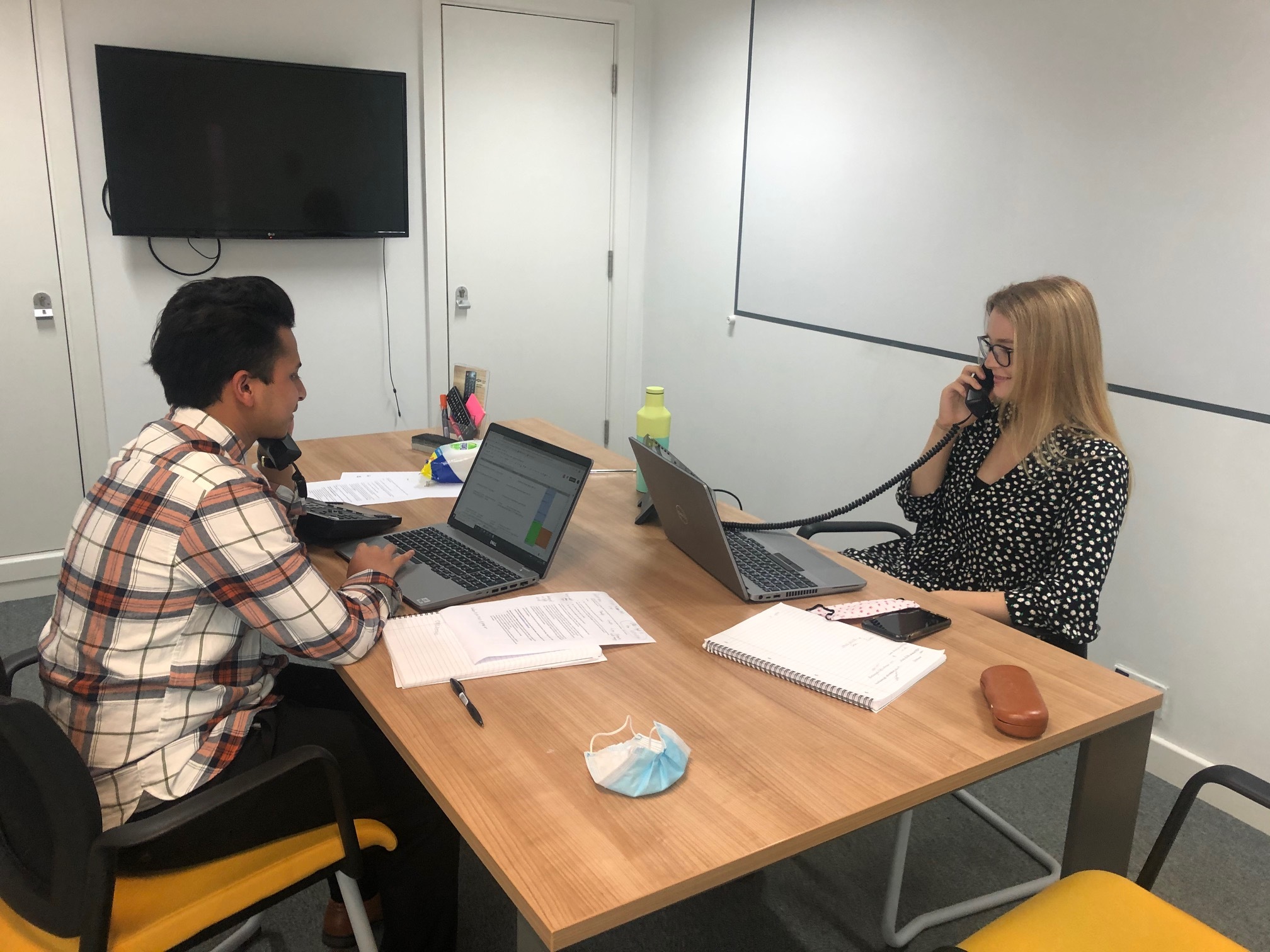 Each year, the Catalyst Team gets the opportunity to work on the Brighton & Hove Living Wage Campaign over the course of a week. This is to raise awareness about the Living Wage initiative and encourage local businesses to sign up to the campaign. The Living Wage is calculated according to the basic cost of living in the UK and employers are encouraged to voluntarily pay this rate to all members of staff, as this allows a person to live rather than just survive. This has numerous benefits for both employers and employees, such as significantly lower staff turnover, reduced absenteeism and greater morale and productivity. It’s a ‘win-win’ situation!

For employees to thrive both professionally and personally it is important for them to earn a decent hourly rate, especially in a city like Brighton which has such high living costs. This year, it was Hannah and I who had the opportunity to support the campaign.

The Catalyst Team is a young diverse group of placement students and graduates from the University of Sussex. We work on an array of business-related projects with clients in Brighton & Hove and also Croydon! With guidance from the skilled senior management team at Sussex Innovation, we offer innovative and ambitious SMEs, a flexible, risk-free way to tackle their to-do lists.

The research we undertook for the campaign focused on three key points:

Over the course of a week, we spoke with over 200 local businesses. We targeted 5 sectors which included Retail, Care, Hospitality, Leisure and Digital. A lot of time was spent researching leads, followed by diligent calling and emailing our database of local businesses.

It goes without saying that COVID-19 presented significant challenges and was one of the main obstacles to gaining signups. Apart from Digital, all the sectors we contacted were affected by the pandemic in some way. Several businesses had simply closed temporarily due to COVID-19, particularly in the Leisure and Hospitality sectors, which made them unreachable. The effects of the pandemic also meant that even for companies who had re-opened again, they couldn’t afford to sign up due to reduced income and high overheads.

One business owner in Retail told us that although they supported the campaign, “Rent goes up, but sales don’t”. It was very intriguing to hear the honesty of some of the managers in this sector, as many in the industry were passionate about the campaign but could not afford it.

Many organisations felt that due to how large they had become it wasn’t appropriate to publicise paying the Living Wage, as it was obvious that their highly skilled staff were paid well above this anyway. Due to their success, these companies also felt that they didn’t need the marketing around the campaign as they were already doing well. I discovered that Brighton’s digital sector made over £1billion a year! It was therefore slightly unfortunate that companies who paid well above the Living Wage were not interested in signing up.

Some businesses were interested and were willing to join but it was not an immediate priority. After a few days of phone calls, we felt it would be worth speaking to people in-person at the Sussex Innovation Centre. Knocking on doors throughout the offices in the building involved a lot of walking up and down staircases, but it did bear fruits!

Although the pandemic was a significant factor in businesses not paying the Living Wage, our research showed that there were other reasons as well. Businesses in Retail, Hospitality and Care sectors shared that although some staff are paid the Living Wage, this is due to their skill level and thus it would be inappropriate to offer a less skilled member of staff the same wage. Some of these employers were also part of larger chains, meaning that implementing change at a local level was difficult. Additionally, several catering/hospitality managers didn’t sign up because they felt their employee’s customer tips meant they ultimately earned above Living Wage, even if they don’t pay this rate.

Overall, although not as many companies signed up to the campaign compared to previous years, this was to be expected given the current economic climate. It was nonetheless very interesting to listen to the thoughts of so many local business owners and even if they could not afford to sign up, they were still big advocates of the campaign which was great to see.

If you would like to find out more about the Brighton & Hove Living Wage Campaign or want to sign up as a Living Wage Employer, please follow this link.