Are We Becoming a Living Wage City? I hope so. 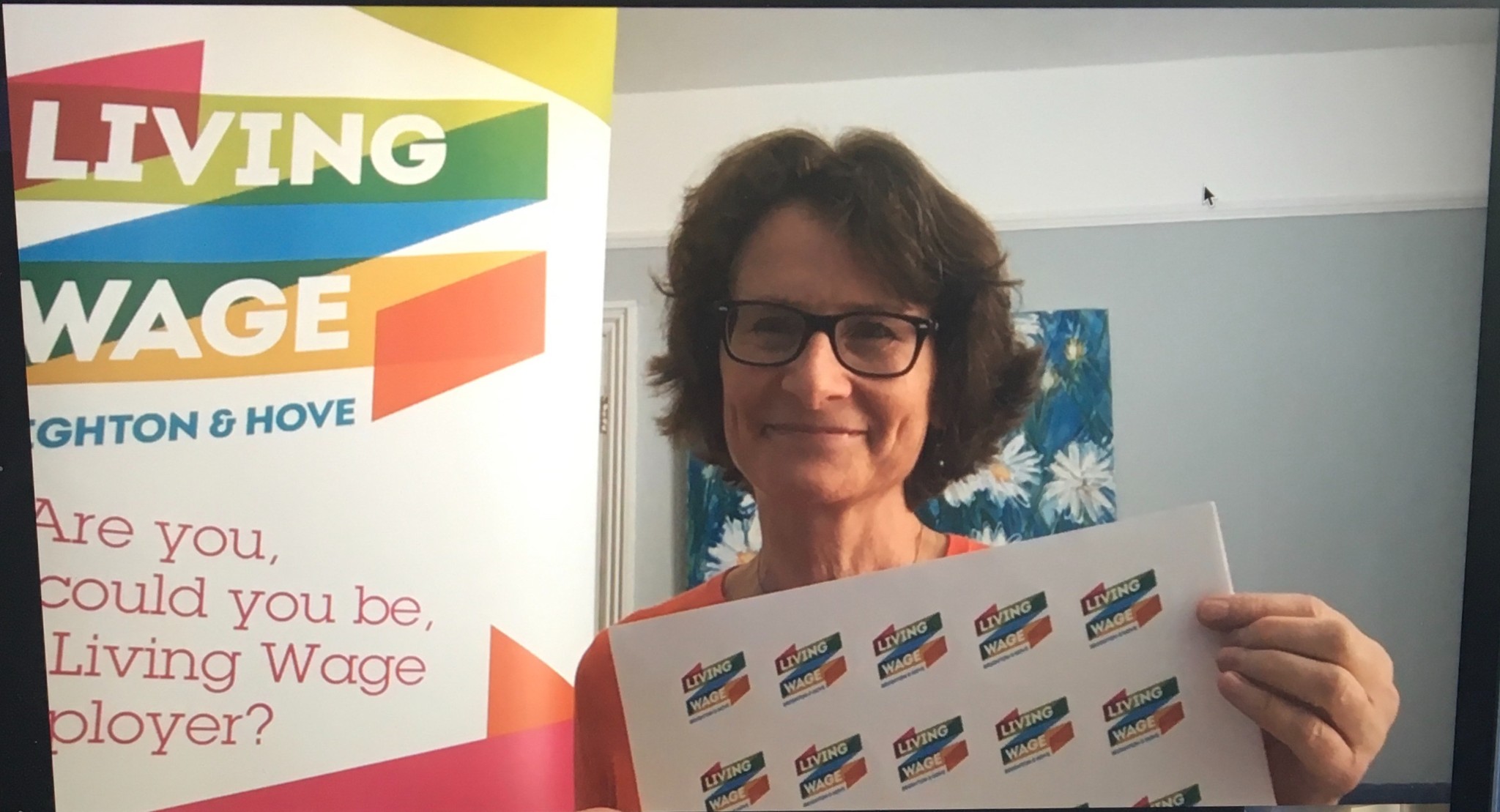 The second week in November is Living Wage Week, the week when the Resolution Foundation announces the new rate for the year ahead. In Brighton it has increased from £9.30 per hour to £9.50 per hour.

Brighton Chamber runs the Brighton & Hove Living Wage Campaign and we have recently reached our 650th employer signed up and 3632 salaries elevated.

To celebrate I hosted Brighton Chamber’s (virtual) coffee and networking event for 40+ Living Wage employers. As always, it was a warm occasion because of this great bunch of businesses who all want to do more and look after their employees.

It was also an opportunity to introduce our latest member of the team, our new

I started with a brief summary of the campaign’s journey.

In 2011 there was a cross party Living Wage commission – chaired by Julia Chanteray (the then President of the Chamber).

It met for six months and looked at how paying the Living Wage could potentially affect businesses and employees and help to alleviate poverty in the city.

In 2012 the Chamber held a Big Debate to enable the city’s businesses to voice their views directly and when it came to the vote the Living Wage received an overwhelming business endorsement.

In April 2012 the city’s Living Wage commission announced that there would be a business led campaign spearheaded by the Chamber.

The goal of the campaign is to make Brighton & Hove a great example of how paying the Living Wage can become the normal acceptable minimum wage for employees in the city.

Over the following 8 years the campaign has continued to be supported by Brighton & Hove City Council and Unison Brighton.

Fast forward to 2020 – businesses find themselves in an extremely challenging situation – but we so pleased that signups have continue steadily each week.

65 since everything changed back in March and 4 today!

The campaign has been supported by Brighton & Hove City Council since its inception and the Leader of the Council Cllr Phelim McCatherty and Cllr John Allcock joined us.

Shorty after it started Unison Brighton also gave its support to the campaign and Sue Bowes from Unison and Andy Richards were also there to share words of encouragement.

Jessica Goble, the programme manager at The Living Wage Foundation joined us too. Lots of people to meet at the two networking sessions. I met with Ridgeview Wine Estate, Arke Agency, Brighton Housing Trust and Impact Initiatives.

I was pleased to introduce Camille Pierson, Founder of The Float Spa, who talked about the value of her team to her business and why paying the Living Wage and above is important to her and her business.

This week we launched our new look Brighton & Hove Living Wage website, and I thanked our web partner Madison Solutions and MD, Matt Chamber for the brilliant work they have done over the last few years on the campaign’s website including this recent development.

It was a great morning! I look forward to doing it again in the New Year.