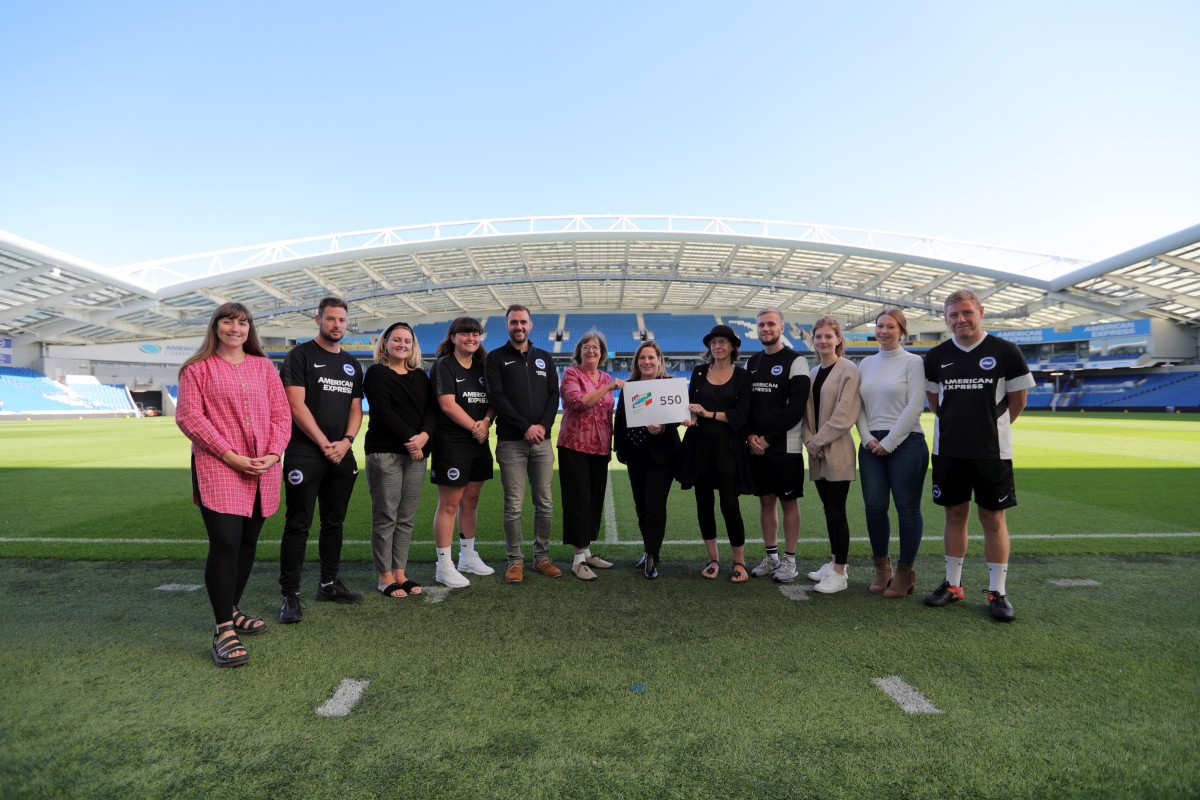 This week the Brighton & Hove Living Wage campaign reached the milestone of 550 Living Wage employers in the city.

The 550th employer to sign up was Brighton & Hove Albion FC. Rose Read, Head of People and Culture, said:

“Brighton & Hove Albion FC and our charitable arm, Albion in the Community, have paid the Living Wage to our employees for several years so it made perfect sense to sign up to the Living Wage Campaign.

“We are a club with strong values and high professional standards – we recognise that our competitive advantage in this elite sports environment comes from the performance of our people. We therefore do all we can to create a positive working environment where colleagues are given the best opportunity to perform at their highest possible level.

“Paying the Living Wage is therefore a key component of our rewards structure.”

The Brighton & Hove Living Wage campaign was launched in 2012 and has grown recently by over 200 employers in less than two years. With more and more employers signing up every week, the campaign is working towards its goal of the real Living Wage becoming the normal accepted minimum for all wages in Brighton.

“We are so proud of the success of the campaign and pleased that it’s getting more and more interest and take up from businesses.”

“We’re absolutely delighted to have reached the fantastic figure of 550 companies with the sign-up of one of our biggest local employers, BHAFC. The campaign goes from strength to strength, and we look forward to hitting further milestones at 600 and upwards. With an increasing number of our brilliant local businesses signing up to both this and our other fair employment campaigns we believe that Brighton & Hove is growing its reputation as the most ethical city to live and work in the UK, as well as the most buzzing.”

“As the country’s largest public sector trade union, Unison is pleased to sponsor the city’s Living Wage campaign. We are delighted that the Albion has signed up and it is especially positive that staff working for other contractors at the club will also be paid the proper Living Wage.”

According to annual surveys carried out by Brighton Chamber, Living Wage employers report a positive impact on their staff and good morale in the team, as well as enjoying the positive PR and help with recruitment offered by the campaign. Over 3300 local salaries have been increased as a direct result of the campaign.

It’s free to sign up and takes less than a minute. Employers must pay all their staff at least £9 per hour to join. Interns, apprentices and under 18s are exempt. To find out more contact Bee Nicholls on bee@brightonchamber.co.uk