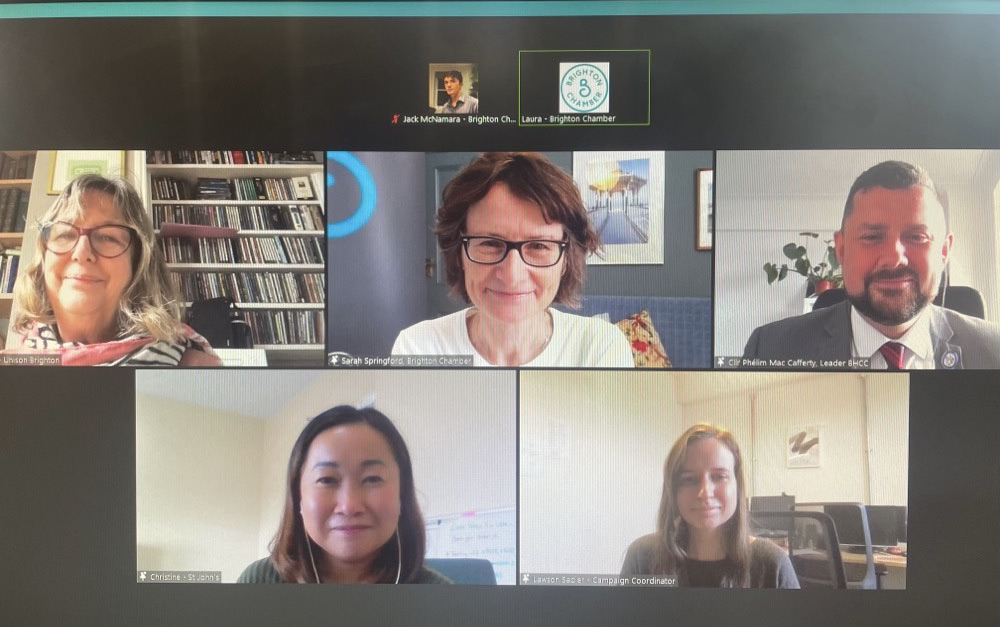 On November 15, the Living Wage Foundation announced the newly adjusted Real Living Wage rates. The nationwide rate, which applies to Brighton and Hove, was raised by 40 pence to £9.90 per hour. Living Wage employers have until 1st April 2022 to match the new rate, which is recalculated each year by the Resolution Foundation as cost of living changes.

To celebrate, the Brighton & Hove Living Wage Campaign hosted a virtual networking event with Living Wage employers on November 18. A variety of sectors were represented, including charity, care, hospitality, digital, and finance.

Attendees heard from four speakers. Brighton Chamber CEO Sarah Springford talked about the history of the Brighton & Hove Living Wage Campaign. “Brighton is unique,” Sarah said, “in that it has a Living Wage Campaign run as a collaboration between the Chamber, the City Council, and a trade Union.”

St. John’s School and College is a recent sign-up to the Living Wage Campaign. HR Manager Christine McFee highlighted how the history and strategic goals of St. John’s align with paying employees the Real Living Wage. Despite the unique challenges of the charity sector, Christine said “St. John’s plans to implement the adjusted new living wage by December, so that we can retain our excellent staff and attract new talent.”

Do follow us on social media for all the latest on the campaign and its growing number of employers.