The Living Wage – how it Should be

Nicole Mowll, a freelance journalist, interviews Ruth Anslow, co-founder of hiSbe Food, to find out why they signed up to the Brighton & Hove Living Wage Campaign.

hiSbe Food is an independent supermarket set up in 2013 that operates on a social enterprise model and has a stated ethos of “happiness before profits”. The company has 14 employees, all of whom are paid the living wage or higher.

“As a business everything we’re trying to do is about breaking the supermarket mould and doing things ‘how it Should be’ [hiSbe], so to us it just makes sense to pay people the living wage. We believe in fair wages and treating people fairly and not working them very long hours and under paying them like most supermarkets do.” 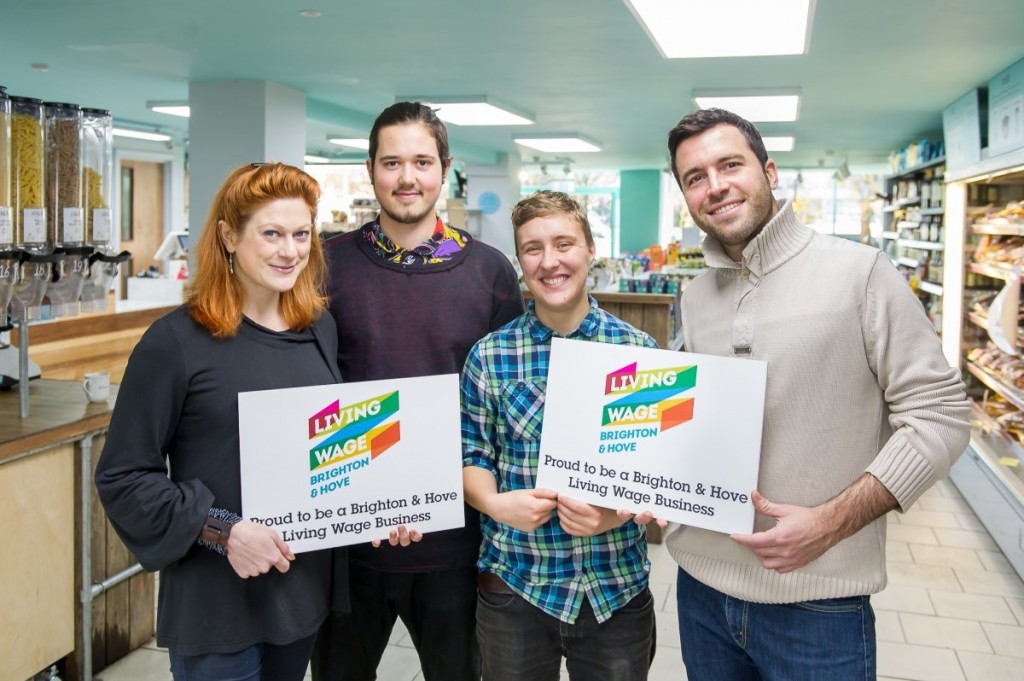 hiSbe has always been a living wage employer.

“When we opened we just straight away put people on the living wage and never looked back.”

Ruth says she heard about the Brighton & Hove Living Wage Campaign on social media and is very proud to be part of it.

The new rates for the living wage are announced every year in November and companies are allowed until April the following year to implement the change.

“Every time an increase is announced we increase the pay on the day that it’s announced. We don’t wait till April. We backdate people’s pay if it’s half way through the month. It’s something we’ve always done.”

hiSbe believes that paying the living wage attracts good staff and is what their customers expect.

“We make it clear we pay the living wage. It makes us very attractive because most supermarkets don’t and most shops don’t. It’s great because it allows us to attract the best into our shops, which is what we want to do.

“It would be weird if we didn’t pay it; it just wouldn’t fit in with our values. I think customers expect us to do it.” 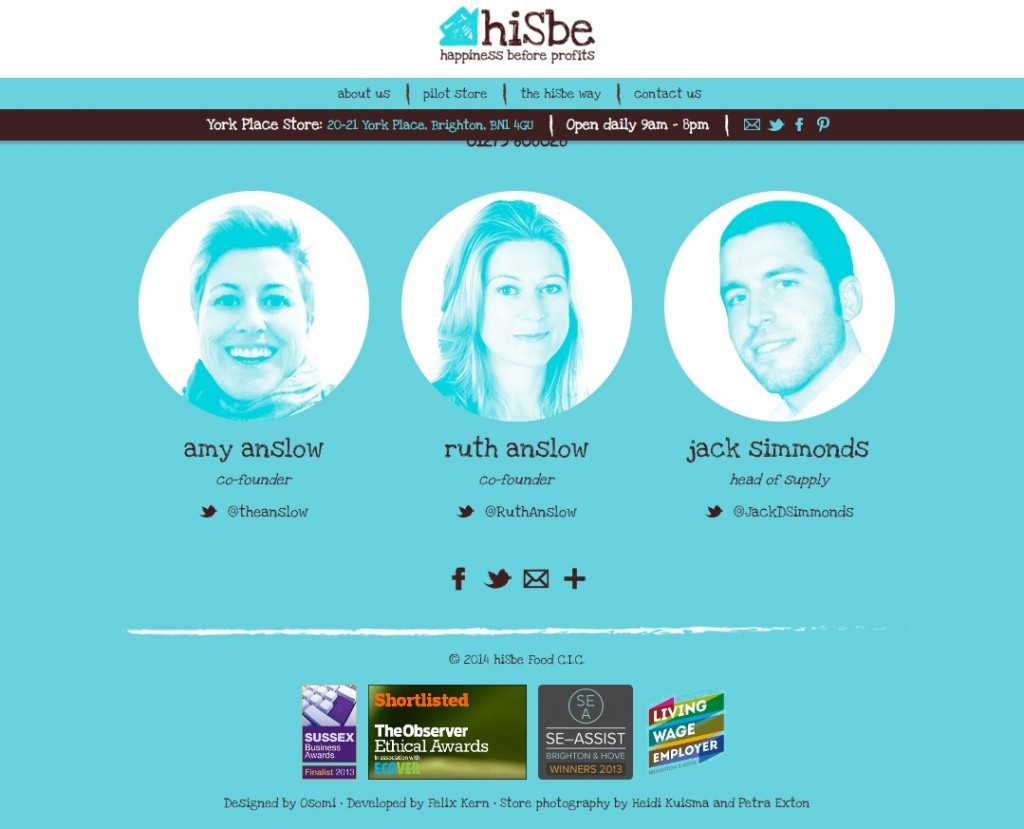 Ruth is aware that her staff need the money.

“People are struggling so much nowadays. We have a lot of people working in our store who are in their 20s and they’ve just left uni. They haven’t got much money. The way that rent is nowadays, a lot of them are sharing one or two bed flats just to be able to make ends meet, so it’s really important to pay people fair wages.”

George Sauverin, 24, a Brighton University graduate, works on the shop floor and leads some shifts. With previous experience of working on a zero hours contract for a catering firm, George earns the living wage at hiSbe for shop floor work and slightly more for shift leading.  He says he has a wage he can live on without worrying his pay check is going to be enough each month.

Being paid the living wage also makes George feel valued as an employee.

“You can build yourself a path here. You’re an important member of the team by being given the living wage rather than the minimum wage. When an employer pays the living wage they really respect their employees. There’s an ethos of gratitude towards the staff rather than seeing them as a necessity.”

Fran Holder, 32, took a pay cut to work at hiSbe because she wanted to join a company that was doing something meaningful for the environment and the community.

“I haven’t had the experience of earning minimum wage, but having taken a pay cut from my previous job to the living wage, I can imagine that earning any less than this would make it extremely difficult to survive in a city like Brighton which is quite expensive.

“I’ve had to change my lifestyle significantly in order to work here. I can’t really have imagined shrinking my life costs any further. Had I been offered the minimum wage the decision to work here would have been very different.”

Ruth, who would like all companies to pay the living wage, is not impressed.

Unlike the national living wage, the living wage applies to all workers over 18.

“Anyone that works in our shop, whatever their age, would get the living wage,” says Ruth.